How to Avoid Bacterial Contamination in a Water Filtration System? 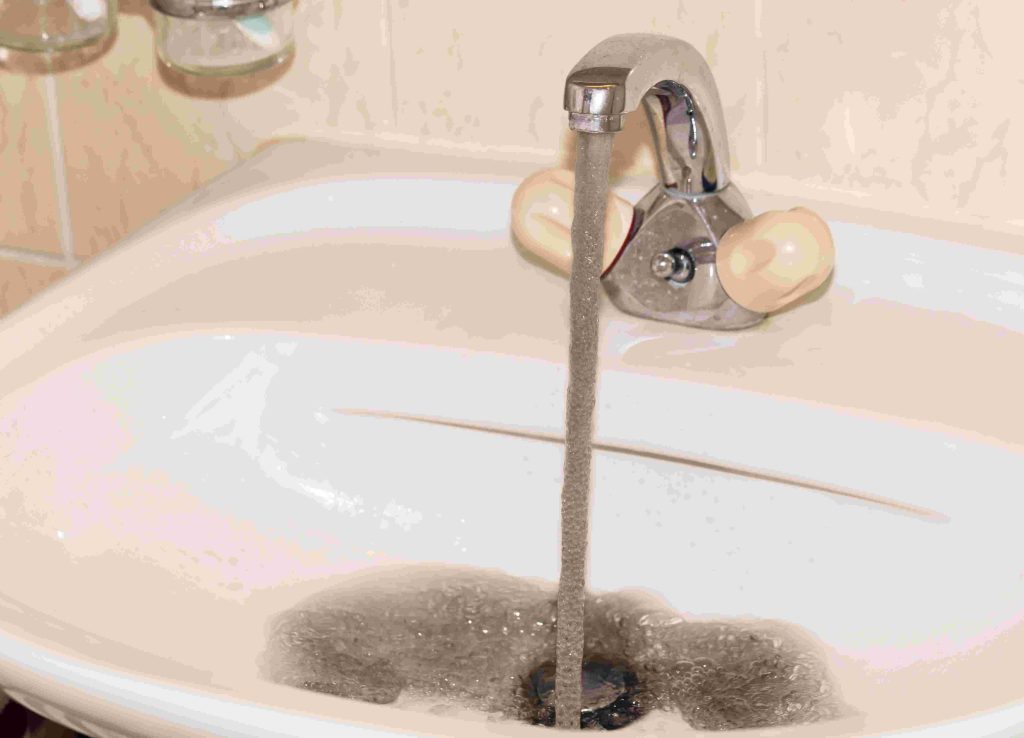 Pathogens that are undetectable by human senses, such as infections and bacteria Organic contaminants such as fertilizers and heavy metals might be difficult to detect. Water contamination might take months for a community to become aware of. Typically, the issue is only discovered after patients become ill. So, the question is, “How To Avoid Bacterial Contamination In A Water Filtration System?

Common contaminants in your drinking water

Water will inevitably come into contact with a variety of things when it runs through streams, rivers, and lakes, and then filters through rocks and soil. Each of these materials can dissolve into the water source. As a result, any water source, whether natural or manufactured, will almost certainly contain contaminants.

E Coli is a type of bacteria that can be found in the intestines of healthy humans and animals all over the world. While almost the majority of E. coli bacteria are entirely safe to eat, there are a few nasty types that can cause significant sickness if eaten. The strain (dubbed O157:H7) is detected in cattle’s intestines. This is why E. coli outbreaks are frequently linked to undercooked ground beef or unpasteurized milk intake. E. coli bacteria, on the other hand, can contaminate plants, vegetables, and water. If raw spinach and lettuce are exposed to E. coli-carrying cow manure, they can get infected with the disease and convey it to humans. Agricultural runoff, precipitation, and flooding can also transfer the hazardous E. coli strain into private wells, lakes, and rivers.

When E. coli is ingested, it creates a potent toxin in the small intestine lining. Diarrhea, severe stomach cramps, and vomiting are all symptoms of this. HUS is a considerably more complex and dangerous condition that develops in about 5-10% of E. coli patients (Hemolytic Uremic Syndrome). HUS can result in long-term renal damage or, in the most severe cases, kidney failure. Though E. coli has been identified in municipal water sources in a few cases, persons in rural areas with private wells are the ones who are most at risk of consuming E. coli through the water. Because wells are unregulated, and rural regions have more irrigation and agriculture, there’s a far higher chance that strains of this deadly bacterium will enter your well and contaminate your water.

Cryptosporidium, like Giardia, is a watery tiny parasite that is found all over the world. In fact, the two most frequent disease-causing aquatic parasites are Giardia and Cryptosporidium (often referred to simply as “Crypto”). Cryptosporidium bacteria can live in a human’s bowel, causing a condition called cryptosporidiosis. Diarrhea, dehydration, fever, nausea, and weight loss are all symptoms of this minor gastrointestinal ailment. This illness can spread to other parts of the digestive and respiratory tract in those with weakened immune systems or preexisting medical disorders. Cryptosporidiosis can become a chronic infection with major health consequences if it is contracted by persons who have weak or compromised immune systems.

Crypto, like Giardia, enters private wells via flooding and rainwaters. Crypto parasites can be found in well water contaminated by feces from wild animals or runoff from agricultural manure. Cryptosporidium is more likely to be found in shallow or newly drilled wells. A strong, protective shell surrounds the parasite. This permits Crypto to persist outside of the body for longer periods of time and strengthens its resistance to chlorination treatment. Because of the cyst’s size, anything less than one micron can be decreased and approved for cyst removal, as can other disinfection procedures like distillation and ultraviolet.

Giardia is a tiny parasite that is one of the most common causes of waterborne disease around the world. If you are infected with Giardia, the parasite will live in your intestines and produce giardiasis. Diarrhea, bloating, nausea, and excruciating stomach cramps are all symptoms of Giardia.

Giardia is most typically detected in private well water. Giardia enters the water supply through human and animal feces. Rainwater or flooding can easily inundate a shallow well. Precipitation can transport feces from wild animals from the soil to wells. Giardia infections are more common in wells near farms, where agricultural runoff from sheep or cows might expose the water to the parasite. The parasite can also be spread by wild animals such as beavers, muskrats, and deer. Giardia can also be found in wells that have been contaminated by overflowing sewage systems or septic system failure. Additionally, if the well has been submerged in floodwater for a lengthy period of time, the water is more likely to contain Giardia. Giardia has been found to be capable of surviving in extremely cold water for long periods of time, according to research.

Legionella is harmful bacteria that thrive in warmer water temperatures and can be found in freshwater streams, lakes, and other surface waterways. Legionella causes a pneumonia-like sickness known as Legionnaires disease when it is breathed. Pontiac Fever, a minor flu-like illness, is also caused by it. Warm water encourages Legionella growth, making it more difficult to neutralize with chemical disinfectants like chlorine.

When Legionella is turned into a mist, it becomes extremely contagious. Legionella has been found in hot tubs, showers, baths, humidifiers, and air conditioning equipment that serve huge buildings. Ingesting water contaminated with Legionella bacteria can also cause Legionnaire’s disease, albeit it is less common. Diseases induced by legionella inhalation or eating can be fatal, however, most people recover quickly with medications. Many of the symptoms of Legionnaire’s disease are similar to those of pneumonia, including fever, coughing, headaches, muscle soreness, and exhaustion.

Shigella is a group of bacteria that spread a highly contagious diarrheal disease called shigellosis. While shigellosis most often spreads among children in schools, daycare centres, or communal pools, adults who drink unfiltered and untreated water are also at risk of contracting the disease. If contracted, the disease causes severe diarrhea, fever, stomach pains, and abdominal cramping.

Shigella is commonly found in natural water sources, like lake water, rivers, and streams. This is one of the many reasons drinking water from a natural source, (called “raw water” by some advocates) poses health risks. However, shallow private wells can also harbour bacteria. Storm runoff, agricultural waste, and broken sewage systems or septic tanks can all spread shigella to your home’s well. Like many waterborne bacteria, shigella makes its way into water sources through human and animal waste.

How do you remove bacteria from water?

Ultraviolet purification is one of the most popular, widely used, and dependable techniques of bacterial treatment in the home. Bacteria’s DNA is neutralized by ultraviolet light, stopping them from reproducing in water. As a result, the bacteria are rendered harmless and incapable of infecting you or your family. UV water filtration systems produce no waste water, need no maintenance, are extremely effective, and clean the water without the use of any chemical additives. As a result, they are widely recognized as one of the most effective methods for removing biological pollutants from water.

Water flows into the UV purification system, where it is subjected to germicidal ultraviolet radiation in a chamber. The water is protected from direct touch with the UV lamp by a thin quartz glass sleeve, as direct contact with the electricity would harm the system. The quartz glass sleeve acts as a transparent barrier, allowing the lamp’s UV light to pass through. Protective o-rings seal the lamp and sleeve at the system’s end, preventing water from passing through.

Water treatment centres all over the world utilize chlorine to disinfect water sources and remove waterborne diseases from drinking water. Chlorine is a frequently used disinfectant because it is simple to apply in large quantities, can be precisely measured, and behaves predictably. Chlorine breaks destroy chemical interactions between bacteria on a molecular level when it comes into touch with them. When chlorine is added to water, it produces a weak acid. This acid, known as hypochlorous acid, penetrates the negative charge of bacteria’s cell walls and kills them from the inside out. It is safe to consume in small, controlled dosages. While chlorine does leave a chemical aftertaste in water, a carbon filter can quickly improve the taste of the water.

Ozone is a potent and one-of-a-kind water disinfectant. This is exceedingly germicidal, and it kills watery viruses and bacteria at a rate that is practically unrivalled. Ozone, like chlorine, oxidizes bacteria and protozoa when it comes into contact with them. The ozone penetrates the cell walls of microorganisms, causing structural disruption. Unlike UV disinfection, there is no need for a lower flow rate or a longer contact time. After shocking a well with chlorine, the chlorine must sit overnight to ensure that all pathogens present in your water supply have been properly demolished. And ozone, which is typically found in the home as ozonated faucets, operates in minutes. Inorganic materials, as well as micro-pollutants like pesticides and herbicides, are easily eliminated by ozone. Other water pollutants such as iron, sulphur, and manganese can also be removed using ozone.

Water distillers are a type of point-of-use water treatment system that can kill bacteria, viruses, and germs in small batches of water. Distillation is a technique that mirrors the earth’s hydrologic cycle, which is how nature purifies water. This water evaporates off the surfaces of lakes, oceans, and rivers as part of the hydrologic cycle. It discards any trace impurities it has gathered, such as salts, metals, and particulate debris, as it changes from a liquid to a gaseous state. It cools and condenses as it climbs into the atmosphere, generating clouds. Also, it returns to the soil as pure, gentle, somewhat acidic precipitation in the form of rain or snow.

How to prevent contaminants in your drinking water

You may take simple precautions to guarantee that your water is free of these common impurities. Carbon filtration removes organic contaminants from water by absorbing impurities such as pesticides, petrochemicals, and even heavy metals like lead through incredibly porous carbon fragments. Carbon filtration, on the other hand, is ineffective against bacteria, viruses, and pathogens found in water.

UV water filters bridge the gap by eliminating microorganisms that are undetectable to the naked eye from a water source. UV radiation kills germs, resulting in water that is highly filtered and pathogen-free. However, UV radiation alone is insufficient for removing organic compounds such as chemicals and metals.

Reverse osmosis is the most effective filtering method known, as it eliminates all dissolved particles from water, including nitrates, pesticides, metals, and minerals, by forcing water through a microfilter. Reverse osmosis has the disadvantage of removing essential minerals as well, which might alter the taste.

Our plumbers can help you secure your water filtration system so that it won’t be contaminated with bacteria and other pathogens. For installation and repair, please contact us here.

How Do You Filter Heavy Metals Out Of Drinking Water?